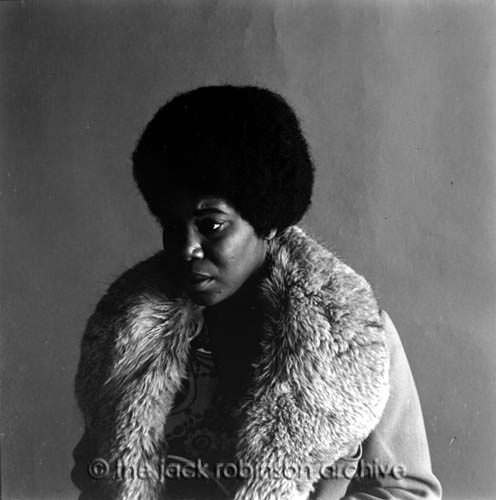 The Work of Paule Marshall Today

Paule Marshall was a quiet writer.

No, that’s not quite right. She was a quiet force. Her mastery lay in the building of a narrative, constructing setting, character, and plot word by carefully selected word. She did not offer flash and glitter, but her fiction nonetheless had flare. And the power to rock you as you read, reaching into your core and twisting, tighter, pulling you inside out, sometimes with small detonations along the way, but always with an undoing of the barriers you had erected between yourself and whatever it was that you thought no longer had the ability to touch you.

Or perhaps it was just that way for me, and women like me, who had necessarily built those barriers for survival in “this man’s country.” I came to Marshall’s work relatively late, in my second year of graduate school, when I read Brown Girl, Brownstones and Praisesong for the Widow in a Black Women Writers class. The female characters in these novels – like Silla, Selina, and even Suggie in Brown Girl, Brownstones; and Avey, her grandmother, and her daughters in Praisesong for the Widow – were women from my world. Though Selina would certainly have spoken most to me ten years earlier, it was the difficult choices Silla and Avey faced that undid me as I read. The novels were at once both balm (Look! That’s me!) and dire warning (ohhh…that’s me…). Silla was my mother and she was me; Avey was the me I was becoming as I began making the choices Silla worked so hard to give her daughters, as I began choosing the life so many black immigrant women had also worked to manifest.

Black immigrant women, black Caribbean women, were Marshall’s forte; whether they, like Silla, made the trip themselves or, like Selina, were haunted by the elsewhere of their parents. Marshall was never shy about claiming these women as her primary subject. In her essay, “Black Immigrant Women in Brown Girl, Brownstones,” she declares:

They were, for all their insularity, fears and misguided materialism, women of impressive strength, authority, and style. Unfortunately, because they were women – and Black women at that – this country never saw fit to acknowledge their presence or their worth, or to make full use of the tremendous human resource they represented.1

Marshall was determined to give space to these women in her fiction. To create space for them in the various literary canons into which she was – sometimes grudgingly, sometimes belatedly – admitted. And perhaps Mary Helen Washington is correct when she says of Brown Girl, Brownstones, "If it had been published in 1979, rather than 1959, she would have been Toni Morrison. She explored a black woman's consciousness and broke out of convention. It was too early. She has always been just this side of being a famous, successful writer."2 But there is more to the ways Marshall has been underappreciated. It wasn’t just timing, though it was that. And it wasn’t just blackness and womanhood, though those were key as well. It was also her insistence on addressing the triple invisibility of these women – black, female, and immigrant – that made Marshall so difficult to categorize. As she tells Jacqueline Trescott in 1991, “The fact that I'm both African American and West Indian. I've been accused by some as being neither fish nor fowl. I've been at times loudly claimed by both groups and then occasionally as loudly disclaimed.”3 Her last major publication, the 2009 memoir Triangular Road, would see Marshall definitively claiming her “tripartite self,” telling her own story after decades of quietly letting her characters speak (and speak and speak) of the intersections of blackness, womanhood, and Caribbeanness in America.

The editors of Anthurium re-release this special issue to claim Paule Marshall, to commemorate the breadth and depth of her work, the very value of her as a writer and teacher. Despite the presentness of its title – “The Work of Paule Marshall Today” – this Spring 2017 special issue was designed to speak of Marshall’s importance and influence across time. The introduction and the table of contents provide an overview of the contents, so I won’t repeat that here. Suffice to say that the anticipation and reception of the issue were respectively motivating and gratifying, and we were all proud of the work we produced to honor Marshall thus while she was alive. We hope this issue reveals that while she may have joined the ancestors, Marshall’s voice, like the voices she gave to black Caribbean women, remain, demanding we acknowledge their innate artistry, their willing sacrifice, their presence, and their right to make a way in their way.

Kelly Baker Josephs is Professor of English at York College, CUNY and Professor of English and Digital Humanities at the CUNY Graduate Center. She is the author of Disturbers of the Peace: Representations of Insanity in Anglophone Caribbean Literature (2013) and founder and former editor of sx salon: a small axe literary platform.

The author has no competing interests to declare.